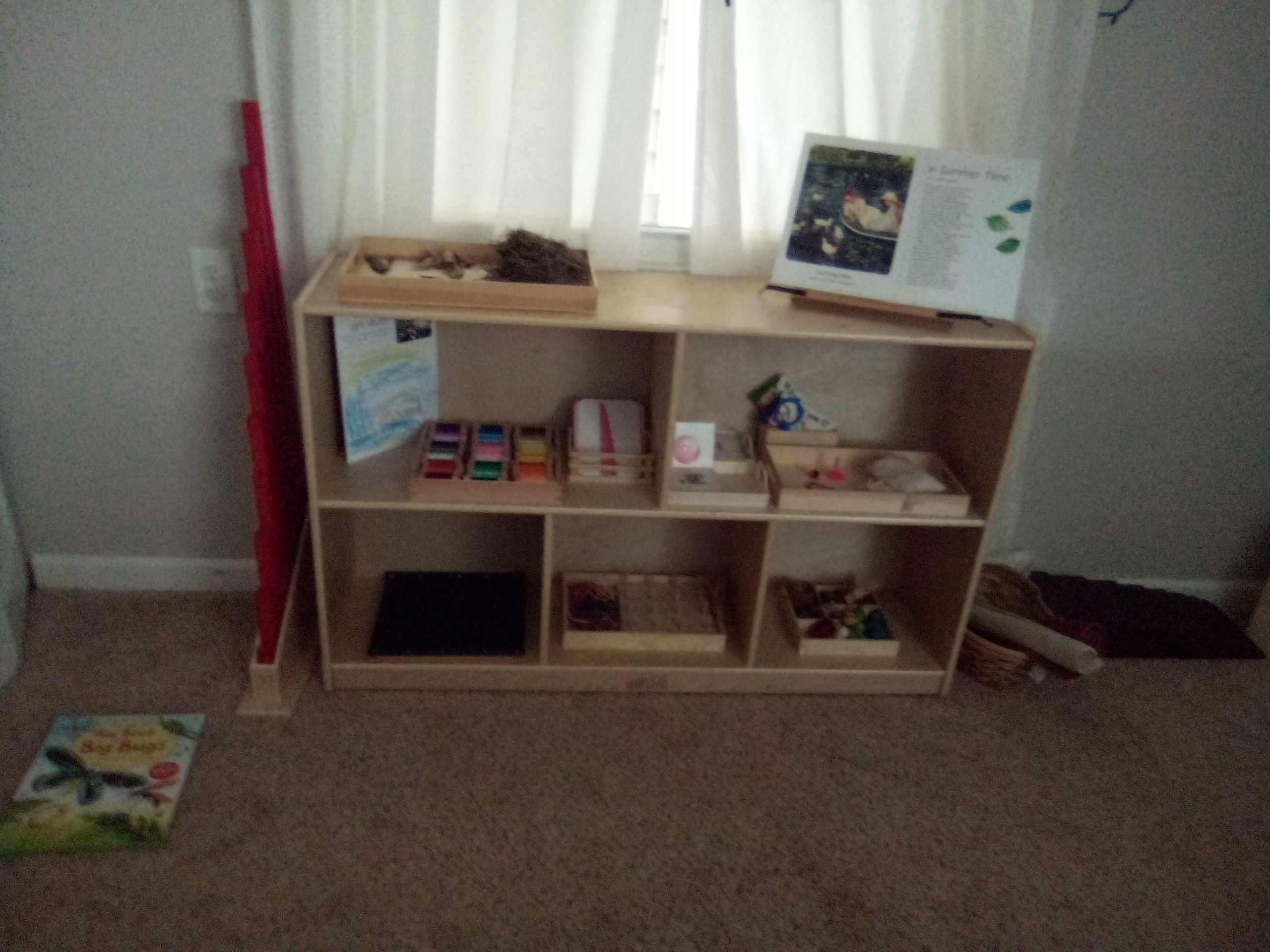 Sound games are a part of the Pre-Reading activities that start the Early Writing and Reading Sequence in Montessori. They lay the ground work for reading and creating with words by working with what children already know (spoken language) and playing with the sounds that come together to make those words. Through the games, we are intentionally (and playfully) drawing attention to beginning, ending, and middle sounds as well as a variety of syllables.

There are 40 key sounds in the English language. The adult should familiarize themselves with these sounds before starting the sound games. I literally just sat and practiced them. When saying the sound, don’t add extra sounds to the beginning sound (or whichever sound you are focused on at the moment: beginning, middle, or ending). Lawrence gives a great example of this in her book, “Montessori Read and Write”: ” “b” should be sounded as in tub, not “bu” as in “bun” (61). The sound should be cut off. Not pronounced with an additional “uh”. This can be hard because of how we were taught or just because sounds don’t actually exist in isolation so we need to practice isolating them in order to properly draw attention to them with our children.

Sound games are typically introduced between 2.5 & 3.5. This is about the time that children will start the Montessori 3-6 classroom. Just because a child hits the right age, does not mean they are ready or interested in playing these games yet. If the child is not interested in playing, don’t force it. Simply try again another time. It is ok if your child is older when beginning the sound games. This approach can (and should!) be used with a child beginning his/her reading and writing journey. Even if your child is already writing letters but is not yet reading (or reading proficiently) or even if your child is not preschool age, this is beneficial. Whenever your child starts their reading and writing journey you can play sound games!

Our oldest daughter was not interested the first two times we introduced sound games. The first time I started close to 2.5 and the second time a couple months later. Both times we played the traditional “I Spy” sound game. I made the mistake the first time by starting with a couple objects and not holding the object in my hand to make it obvious. I had only read a couple works by Maria Montessori and a few blog posts (which were helpful but were not enough for me!) before diving in with the sound games.

The third time I introduced sound games, my daughter still didn’t seem interested but she was past 3.5. She was showing an interest in reading and writing and I knew it was the right time for her… I just needed to shift something with my approach. After doing a training with The Playful Path to Reading, I decided to shift my language. I went from saying “I Spy” to “I’m thinking of something that starts with” and my daughter engaged. Excitedly. We played with language objects I mostly acquired from Montessori by Mom and around the house. I kept it to small objects, just did 3-5 at first. I used a mystery bag and it made it fun for her to pull them out after the first week. Since then we have worked on parts of the room (with language objects and just objects already in the room), beginning sound cards, the whole room, and have been able to begin successfully playing “I Spy” in the car or outside. This week we added in BINGO with beginning sounds that go with our fun camping theme.

Before diving into sound games again, I also began intentionally (and playfully) highlighting sounds randomly throughout the day. For example I said, “tree” I hear a “t” sound at the beginning of “t-r-e-e”. I’ve also highlighted middle and ending sounds randomly and will continue to do this throughout the sound games with my oldest and much early with my youngest (who hasn’t gone through her language explosion yet). This works to begin to prepare them for sound games before they are ready to play.

We are being disciplined about making it through all 40 key sounds. I am using a mix of these language objects and the beginning sound cards from Playful Path to Reading. I broke the cards into baggies with 3-5 sounds in a bag. Some of the cards have objects that we aren’t familiar with or that use a different name than I would for the object. In our first time with the sound grouping, we name each object first then I mix them up to play “I Spy”, “I’m thinking of something”, or “Odd One Out”. This has been a great way to ensure we don’t do sounds that are similar (like “b” and “p”) and get a variety of sounds done. Plus the cards are beautiful and my daughter really is loving working with them. We still mix up what game we are playing, how we are playing it, and what objects or cards we are playing with. I just grab the next bag or a new mix of ones we have done each time we reach for the cards. I’m tracking in my bullet journal and out goal is to play 5-7 times a day.

My biggest tips are to keep it fresh, keep it fun, and lean into it. Be disciplined about playing 5-7 days a week. Don’t force it. Loosen up and have fun with your child. Don’t be tied to the outcome. Don’t correct by saying “no” if they don’t get it right. You can say something like, “hm, I was thinking of a “m” sound. Let’s say these together and listen to the sounds.” If they don’t get it that time, I would just excitedly point to it and say, “m-u-f-f-i-n”. Muffin starts with “m” or whatever object/card you are using. You can also just say, “oh, muffin. muffin starts with “m” and move on. My daughter sometimes just starts guessing because she is excited so helping her slow down and listen is what she needs at the moment.

Here is a list of all the Sound Games I have found that we have and will play:

We will introduce all of the key sounds in the beginning, middle, and ending of the words before we progress to Sandpaper Letters. Initially I had planned to introduce after we had mastered beginning sounds but this shifted after reading Muriel Dwyer’s pamphlet, “A Path for the Exploration of Any Language Leading to Writing and Reading”. We will now look for mastery of beginning and ending sounds and some successful experiences with middle sounds (not mastery but not novice level) and the introduction of the final stage of sound games which is to ask the child to think of a word that begins, end, or contains a certain sound. Again, the final sound game stage does not need to be mastered but we are look for some success. To read more about why we aren’t introducing before this stage or to look at our sequence for early reading and writing, check out this post.

Now that I’ve shared how to play the sound games, I want to share the resources I have used for my personal growth and in implementing sound games.

Training: Lisa Adele’s (Playful Path to Reading) talk on Montessori Homeschool Summit (I definitely recommend if they do another.)

Hope this is helpful on your language journey! Any tips you would add?